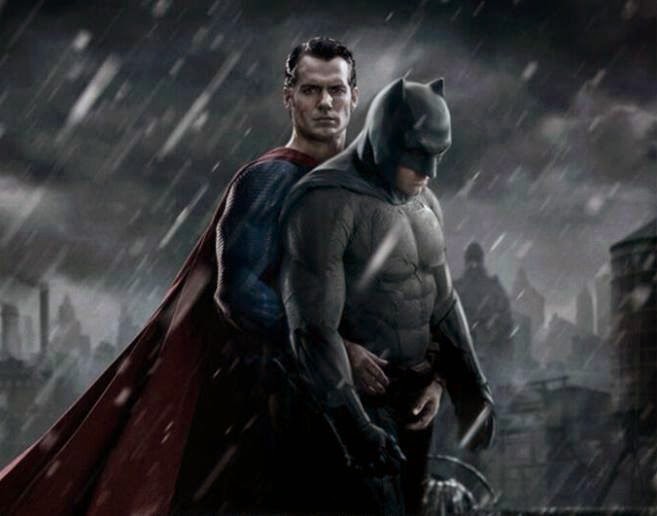 Looks like this will be an epic love story!
Posted by Snyder's Superman Sucks at 7:43 PM 2 comments:

Man of Shit opens big but fans, and critics agree! THE MOVIE SUCKS! 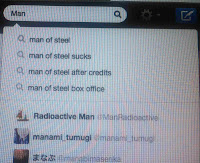 That's right it's out now, and it had a nice opening no doubt. But will it have legs? The word of mouth has been awful by both fans, and critics. Truth be told the movie is as bad as Superman Returns with only the action being tripled! Which I don't mind. I wanted action! But for a movie that long it paced very slow, and nothing much happened of importance. It just felt like they forgot the soul, and joy of what Superman is all about.


Great review from a fan!

Great review from an actual critic!

Pictures of the new Superman Suit!

And yes it's as bad as I expected. Here they are in all it's abomination. 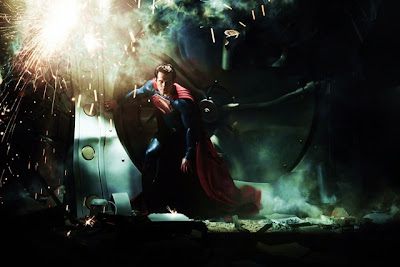 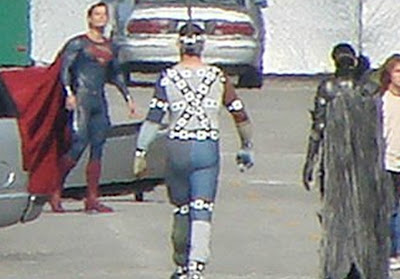 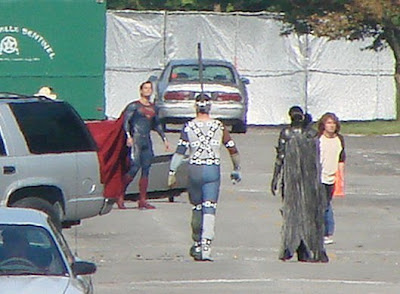 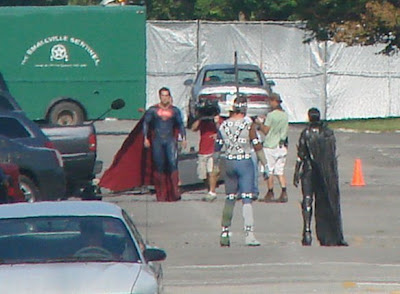 Posted by Snyder's Superman Sucks at 7:40 PM No comments:

White has traditionally been an old white man who was a hard-charging, old fashioned newspaperman, who relies on his ace reporters, Clark and Lois, to get the big scoop. Jackie Cooper played White in the Christopher Reeve-era Superman

took on the role in director Bryan Singer

This is about the only decent casting in this movie thus far.
Posted by Snyder's Superman Sucks at 7:24 PM 1 comment:

Would You Like to See Zack Snyder Replaced as Director of 'Superman'?

I for one say yes! I want him fired, and Nolan fired from producer, and Goyer gone as the writer.

Did we learn nothing from Singerman Returns

? Giving people with big egos like these guys so much power always ends up killing your franchise.

deserves better... But anyway read this.


For the record, my answer to the question posed in the headline is… No. The reason I'm asking this question is because a pair of articles over at The Guardian and MTV contemplate the possibility of such a scenario. Personally, I think Snyder is the right director to give the Superman franchise the kick in the pants it needs, a jolt of energy it's been missing… that is, as long as he can tone down the number of slo-mo shots and simmer a bit on the in-movie music video sequences. You know, go back to the days of Dawn of the Dead

.
Ben Child at The Guardian is certainly the harshest on Snyder, opening his article saying, "Can one film ruin a career? Maybe it can, if that film is Sucker Punch

." He then adds, "Speculation has been rife this week that Zack Snyder might find himself out of the Superman

hotseat due to the critical drubbing and poor US box-office bow for his salacious new action fantasy."

Of course, Child is just dumping on Snyder as he then points to the MTV

only talked to three people, only one of which really seems to think there's even the slightest chance Snyder gets the boot.
"Next month would be the moment when Snyder 'decides to do a more personal project,' if he was being given the heave-ho," David Poland of Movie City News told MTV

"[I]t's more about the bosses second-guessing. Will the noise level turn [CEO] Jeff Bewkes' head?" Poland added. "Could another Superman flop — meaning just $400 million worldwide, hit numbers for most films — change how Jeff Robinov is seen inside the company? … I do believe that [Snyder] is Robinov's guy and that Robinov's career is on the line here."

Much of the MTV article then turns to producer and Superman: Man of Steel "godfather

. Jeff Bock at Exhibitor Relations tells MTV, "[Warner Bros.] needed Nolan in a godfather capacity, and Snyder to up the hip quotient. Snyder knows how to create a dynamic spectacle on the silver screen, as he has shown with 300

and Dawn of the Dead

, and with Nolan guiding the story process, Superman may just be the next big thing — again."
The reason this is even a topic of conversation is because Snyder's Watchmen slightly underperformed and Sucker Punch

took a critical drubbing, the latter of which was pretty much the first time Snyder was given total and complete control. Thing is, that won't be happening with Superman as Bock points out. The collaboration between Snyder and Nolan could result in a reigning in of Snyder's more destructive tendencies while letting his visual eye bring some life to the Man of Steel we haven't seen before.

Another terrible actor to join the cast? How about Kevin Costner!

What role will he nab? I could only see him potentially looking like sort of a wannabe Johnathon Kent from Smallville. I can't see him in any other role other then the role of Pa Kent.

He isn't my first choice, and not the best choice but this movie is already starting off very badly with the news that the script sucks, and with the import Henry Cavill landing the role.

With Costner now of Waterworld fame this movie can officially be called! Snyderman: Shrimp of Steel!

is reportedly set for a role in the new Superman movie

.
Deadline claims the actor is in the running for a role in the new rebooted movie, which is being directed by Zack Snyder for Warner Bros

in the lead role but it is not yet known what part Costner will be taking on.

It is set for release in December 2012 and it is being produced by Chris Nolan, Charles Roven, Emma Thomas and Deborah Snyder with the screenplay being written by David S. Goyer.

Posted by Snyder's Superman Sucks at 8:49 PM No comments:

Could the walls be coming down around Snyderman? Warner Bros. Offers 300 Sequel to Guy Ritchie! 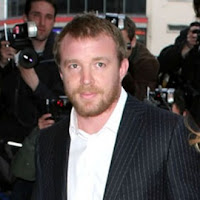 It has been reported recently that the WB's heads aren't too thrilled with the test screenings of Zack Snyders latest cgi eye candy full bore fest. Anyway here is the exact article.

If you’re like most of Vulture readers, you don’t need us to tell you that Xerxes the Great was the fourth Zoroastrian king of the Achamenid Empire. Du-uh. But what you do need your Vulture editors to tell you is that Warner Bros. has offered Xerxes — the sequel to Zach Snyder’s epic 300 — to none other than Sherlock Holmes director Guy Ritchie.

Like 300 before it, Xerxes is based on one of Frank Miller’s graphic novels and had been developed by Snyder, who'd planned to direct his own script. So what gives?

One theory is that Warner Bros. needs Snyder to bear down on Superman stat: Insiders say the closely-guarded script for Superman suffers from major third-act problems, and the studio faces a ticking clock on that franchise, legally speaking; if a Superman film isn’t in production by 2013, Warner Bros. loses the rights to the entire Superman franchise and would have to re-license it from its original creators — the estates of Detective Comics writers Jerry Siegel and Joe Shuster — at great if not prohibitive expense.

But there’s another theory: At a recent Warner Bros.—conducted audience research screening of Snyder’s Sucker Punch, the film tested poorly. Says one insider familiar with it, “It was bad; like, really bad. They’re [Warners brass] really not happy with it over there.”

That, plus with Snyder’s last two films (Watchmen and Legend of the Guardians: The Owls of Ga’Hoole) having under-performed, some insiders posit that offering Ritchie Xerxes means that Warner’s ardor for all things Snyder may be cooling just a bit.

Regardless, we’re pleased that Xerxes (a.k.a. King Ahasuerus) is heating up — and just in time for Purim! We have only one question: Cherry or apricot hamantashen, Guy?

Could the walls be coming down around him?  Could the curse be striking again? Personally I have nothing against Snyder other then he's wrong for this movie, and his movies have never exactly made me a fan of his so I would actually like for the WB to stop this movie from getting made, and get back to the drawing board, and think hard about what they are doing with Superman.

This movie is a major epic fail waiting to happen... I don't doubt Sucker Punch sucked, and if that movie tanks then I do hope the WB calls off this movie, and get someone else in there who would hire the right actors, and get a good script going.
Posted by Snyder's Superman Sucks at 10:56 PM 2 comments: